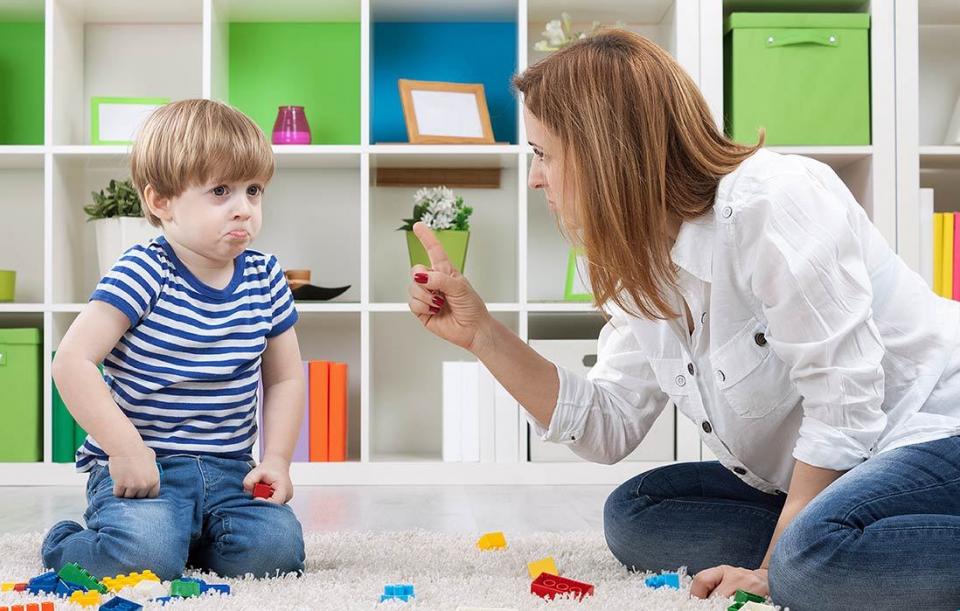 No matter how much you encourage our child’s good behaviour, there will be times when he insist on testing our limits that you have established for him. And then you are left with no choice but punishment. Just how you do it, will make all the difference to child’s self-esteem and future behavior and ultimately to his image of you.

“Children have never been very good at listening to their elders, but they have never failed to imitate them.”By James Baldwin

I think this statement says it all, punishment involves the use of unpleasant consequences to correct a youngster’s misbehavior, it is intended to instruct, not to harm or demean. But we all parents end up using old-fashioned methods that have negative rather than a positive effect on their children and can actually damage them.

Rather the fact is that Child Specialist disapprove of punishments that are unreasonably harsh and that inflict physical and emotional anguish. The occasional smack on the bottom or rap on the hand is not likely to cause any resentment and they are often used by parents who want to teach an immediate lesson, especially where child’s safety is concerned.

But a smack on the face or frequent spanking can result in negative behavior over the long run as such spankings can break a child’s spirit. Repeated harsh punishments, leaves child with the notion that nasty or violent treatment of others in the end an acceptable way to act.

I fail to understand, why such parents wonder that their kids have started beating or smacking fellow mates. But I know you must be thinking that what’s the solution or where to draw that line, when limits are crossed. Let me come to that and talk about more effective techniques, to teach good behavior without affecting our kids self-esteem. After all, in the end happiness of our kids is everything that matters to us.

Children must learn to take responsibility for their behavior. If they break the rules parents have laid down for them, then they must be held accountable for their actions.

Sometimes just showing a stern expression or issuing one firm reminder will produce results.
At times, you may have to overlook your young one’s misbehavior as something that will pass, concentrating your energies on reinforcing his more positive actions with praise.
Ignore the child when his behaviour leaves something to be desired.
At times kids behave a particular way to get attention, a listening ear and undivided attention will help to sove problems at such instances. But remember, to make him understand the consequences of his actions.
Withdraw special privileges or activities.
All these punishments allow the child to come to grips with himself or herself, without undue loss of dignity, and used fairly, they instill in him respect for parental authority.

“Your children will see what you’re all about by what you live rather than what you say.”Dr. Wayne Dyer

Let’s discuss in detail about all the above methods of Effective Punishment.

The mildest of punishments involves ignoring the offending behavior. By disregarding it, you are withdrawing the most sought after reward your youngster can have – attention. Children ofcourse flourish on it, to deprive them of it even briefly can have an immediate impact. The technique of Ignoring is particularly effective when your child is determined to irritate or shock you. Without your anger or surprise to stimulate him, he will lose interest in his tactic.

Ignoring is an all-or-nothing tactic. When ignoring your youngster, be steadfast. If he is demanding an ice-cream or juice and you feel he should not have one at that moment, tell him only once. Then remain silent or look away to avoid contact or even leave the sight of your kid. This implies not giving him even the slightest non-verbal clue.

But be prepared, your youngster will be using all the means to catch your attention, including running around the room, bouncing on the bed or rolling on the floor. And some kids react to being ignored by strenuously seeking physical contact with you. But you have to be stern to refuse to acknowledge his actions. If he becomes involved an activity you approve of, begin to praise him: “Good, you are playing so nicely”.

Last but not the least, you have to try out this method number of times before you start seeing changes in your child behaviour. But if you persist in ignoring his or her behvaiour, you can be almost certain that it will disappear.

The equally effective punishment called “Natural Consequences” obliges the child to accept the outcome of his behavior.

Let’s say you have asked your child to keep his toys in place before going to bed and he doesn’t comply, then next morning you don‘t have to help him finding his toys, let him do it himself. If he is not able to find them, it will make him understand the consequence of his actions. My son has learnt to keep his things in place using this technique only.

But more than that, experiencing cause and effect first-hand teaches your child to make realistic assessment of his actions. He also learns to take responsibility of his actions. But remember that it is always quite important to emphasize the link between the two and to explain clearly and simply rationale behind the punishment they receive.

In my case, I explained my son benefits of keeping toys in place. It helps in finding the toys next time easily, also we don’t lose any toy or its parts, besides the cleanliness of room of course.

An extension of natural consequences is the much used punishment, withdrawal of privileges. The point of course, is to take away a privilege or favorite activity, a toy or a game for a specific period. The punishment is easy enough to apply and teaches its lesson well. If after being warned about the dangers, your youngster still doesn’t keep his toy in place before starting another activity, then locking that toy for a day, will explain him clearly the consequences of his bad behavior. He will refrain next time for not keeping his things in place.

Since they are based on logic, both removal of privileges and natural consequences require that you be fair and consistent in your application of the punishment. Make sure that the punishment always fits the circumstances and that it lasts no longer than necessary.

For children, time passes much more slowly than it does for adults, and this makes time-out, during which the youngster must sit or stand alone in a specific spot for a predetermined period, a particularly effective discipline technique. It is especially useful when such misbehavior as destroying property, hitting others physically or verbally is involved.

It can be very effective in situation where you have given instruction to your child and he has refused to comply. When that happens immediately lead your child to the time-out location. Always give a reason for instituting the punishment but make it short. Resist any temptation to interrogate or lecture and accept no argument.

How To Choose A Baby Name Before Birth (TIPS GUIDES)

A Personal Injury Help To Understand The Childcare & Carelessness

What happens at a catholic confirmation?

How to Turn your Child’s Art into Home Décor

A Personal Injury Help To Understand The Childcare &…

What happens at a catholic confirmation?

How to Determine Your Childcare Needs Before Hiring a…